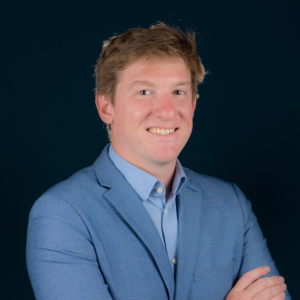 What does the creation of Altos Labs mean

Altos labs is the latest initiative funded by a pool of billionaires seeking to extend their lifespan. Moreover, it is the creation of a well funded research environment that has attracted many scientists from different backgrounds. Together with other similar initiatives they pinpoint the problems of academia as the center of scientific progress, while allow us to think about the risks that old-fashioned models pose for actually pushing the boundaries of knowledge.

Altos Labs started after a scientific conference hosted at the US home of an Israeli venture capitalist (in California, nonetheless). The conference revolved around the topic of cell reprogramming to make people younger. A bit over a year later, these ideas managed to attract around 3 billion dollars as seed capital to kickstart a company focused on rejuvenation.

Although it’s the latest project, Altos Labs is not the first of its kind.

Years ago, in 2013, one of Google co-founders started another similar project called Calico Labs. A company focused on longevity research. In 2016, Zuckerberg and his wife started a biohub, a nonprofit focused on eradicating all disease by the end of this century. Neuralink, made famous by Elon Musk, is much more modest in funding, but still makes its splashy appearances on Twitter.

The first thing that shocked me is that some individuals have access to so much capital that they can easily sink billions in basic research. Secondly, the topics on which they focus do not belong to the core businesses nor backgrounds of the funders. These are ad-hoc projects to pursue some the idea of living forever, either rejuvenating, increasing the longevity, or eradicating disease.

Taxes seem to be relatively low for the obscenely wealthy, which means they have excess resources to invest in whatever they please. For the past several decades, basic research funding has been almost exclusively dominated by public money (taxpayers’ money). And this trend of people directly financing research initiatives is definitely paradigm-shifting.

Or better said, it is closer to how it was in the XVII century, just that the people with money don’t do the science themselves. Private investment in research is definitely something to praise, but it is also something to reflect on. Especially when you start identifying patterns, such as geographical biases in where these initiatives appear.

The four examples I’ve mentioned above are based in California. It’s not a coincidence, since many projects like these are funded by people who made money on the internet. The same process of accumulation of wealth in a small region of the world is being repeated with the accumulation of knowledge in the hands of few, geographically concentrated, initiatives.

Even if they are structured as non-profits, the know-how, the training, the partnerships, are all located and shared with a selected group of individuals: those who can afford to live in a place like California. And I don’t mean it only from the money perspective of affording, there are many reasons, such as visas or caring for family members, that prevent someone from living in a given place. The claims of diversity and inclusion should, at least, be taken with a pinch of salt.

Capital is half the requirement, the other half is talent, researchers, engineers, scientists, willing to work in such companies.

As soon as the creation of Altos Labs was announced, my Twitter timeline got full of messages of people saying they were joining it. Definitely, there’s a bit of a bias on who I follow, but it struck me how easy it seems for Altos to find candidates from different backgrounds, some with very high profiles. However, one has to consider that the counterpart is academia. It’s not a particularly levelled field for the job market.

I haven’t talked to anyone transitioning to Altos, but I can imagine that making the change is not even a matter of salary. For young scientists (i.e., younger than 40), job stability is already something that can’t be obtained in academia. Budget for running a lab, liberty for hiring candidates, performance evaluations not based on paper crunching. They all seem like very decent propositions without requiring any extra money to offer them.

I wonder what would happen once these initiatives are big enough to drive people away from academia altogether.

Universities, today, have the monopoly on degrees. A Ph.D. is awarded only by a university. And this is not minor, since the absolute majority of the research done in universities is carried on either by Ph.D.’s or postdocs. The positions are underpaid, under appreciated, and extremely vulnerable. In many countries they aren’t even recognised as employment contracts.

There’s an overall trend, especially in the internet-sector, to stop looking at degrees and focus on skills, wherever and however they were developed.

The monopoly on degrees will not be enough incentive to keep a stable supply of candidates. If I look in retrospect, the things I’ve done during my Ph.D. could perfectly well fit what it’s done at Calico or Altos. If I had to choose between the two options, I wonder if I would have judged that the value of a degree compensates for the employment context.

If this pattern continues, at some point universities will have to face a depletion of their workforce.

For the time being, private initiatives are negligible compared to state-based funding, but are useful to pinpoint the problems.

Spending 3 or 4 or 5 billion dollars over 5 years is nothing compared to what different states invest in basic research. However, private initiatives can be used as examples to identify and solve the problems of academic-based research, found all over the world. It’s not just money, it’s the working conditions that drive people away, independent of their skills.

Supervisors without any management training, endless hours in the lab without building skills required to move forward in one’s career, serendipitous assignment of funds to conduct research. All these problems are solvable, it just requires a lot of will. After all, they are the product of decades of movement in one direction, without any consideration on the people involved and left behind.

In the long term, societies cannot afford losing their scientists to the hands of private initiatives.

Although it’s interesting to see how research financed by private individuals develops over time, societies need to give them a thorough check. Publicly-funded research should focus on problems that extend human knowledge, or that benefit the society even through indirect paths. Privately funded research can focus on anything, and it seems that is targeting the billionaires dream of living forever.

The people who created these initiatives don’t have a particularly good track record on how they treat employees or the users of their platforms. It’s the same set of biases, abuses, and lack of accountability being translated to a completely new domain. Societies, at some point, will need to review how they finance research and whether they are willing to leave the bulk of it pursuing predefined interests.

Despite my concerns, I still congratulate those who made the switch to a private initiative, because they can be a force for a greater good.

Although I am weary of the current direction in which these things are moving, I think that scientists who moved to Altos labs (or Calico, or the Biohub, etc.) can exert a great force for improving everyone’s situation. Without the known academic performance problems, in these other contexts, scientists are free to explore alternative publication methods, they can strike different partnership opportunities and, of course, can contribute to pushing the boundaries of knowledge.

Scientists in private initiatives can explore and show how things can be done at a relatively low professional risk for themselves. Once they are in a setting with completely different incentives, the doors for creativity open from side to side. From focusing on low-citation tasks, such as outreach or open source maintenance, to proper mentoring of the next generation of scientists.

Exciting times are ahead of us. I am really curious to see how the interplay between old-fashioned academia and private institutions develops in the coming 5 to 10 years.